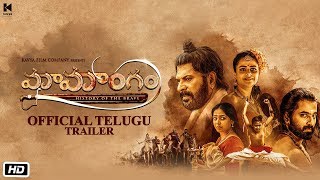 Kerala's first high-budget war drama 'Mamangam' is getting released on 21st November. The Telugu trailer of the film was released recently and it captured the essence of Malayali culture beautifully.

Set in the 17th century, this film revolves around the 'Mamangam' festival and emperors trying to get a hold of the throne. The trailer is filled with a lot of action and they are composed brilliantly showcasing Kerala's war lore. It presents the bravery and strong character of everyone including women and children. There is a lot of drama filled in the trailer which explains how the film is going to be. The background music and the trailer cut deserve a special mention. They were just perfect.